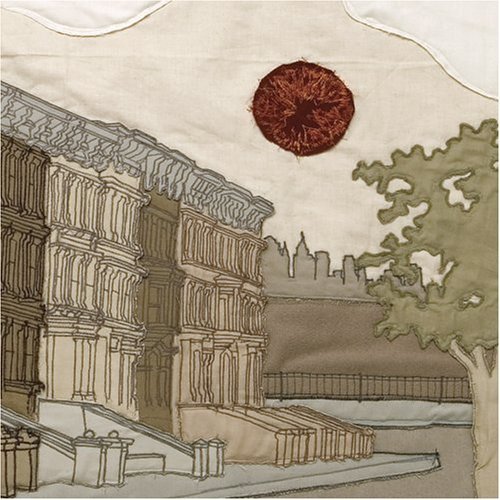 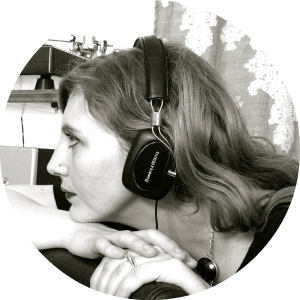 I’ve been listening to this album since it was released in 2005 and have heard it about a thousand times. I can quote it without hearing the songs and at one point in time they may have held meaning for a specific time in my life, but because I’ve listened to it so often, it’s become just an album of great comfort to me. Bright Eyes is an indie rock band that was founded by Conor Oberst, Mike Mogis, Nate Walcott and features several others that rotate through a lineup of indie collaborators. Each album feels like its own fingerprint or a snowflake. While one might be able to discern they are hearing Bright Eyes, the albums are all individually different. There are a few of their albums that I connect with, but I’m Wide Awake, It’s Morning has always been the one I resonate with most.

At The Bottom of Everything: The album starts with Conor Oberst speaking about a plane crash. As the music kicks in you get an instant feel for the album laid out before you. It has a folksy feel that follows throughout. In this track I noted that the listener could hear when Oberst turns his head. It seems as though he might be checking with the other musicians.

We Are Nowhere and it’s Now: When I listen to an album I like to keep the liner notes in front of me. I like to read along, (even with an album that I know as well as this) and if I decide to bust out into song, I want to make sure I get the lyrics right. I noticed instantly that there are many differences in how this track is performed and what the notes say. I thought this might indicate that the song was performed a bit spontaneously or that changes were made after it was written. Emmylou Harris joins in on the vocals for this track. I noted the lyric “Did you forget that yellow bird, how could you forget your yellow bird.” The yellow bird is referenced again later in the album and I’ll discuss it then.

Old Soul Song (For the New World Order): I love the lyric “All the way home you held your camera like a Bible, just wishing so bad that it held some kind of truth.” I noted the multiple vocals on the lyric “they go wild” in the later parts of the song. I like the way this sounds. In addition, this is the first track the listener gets to hear Conor Oberst’s signature shaky voice. It gives the track a raw edgy feel. I also noted the drums toward the end of the track give it a solid build-up before the finish.

Lua: This track is just Oberst on his guitar and doing the vocals. You can hear that he is in the center of the recording. The combination of these factors gives this track a private and naked feel. It is unlike the three previous tracks with instrumentalists on them. The song is about how things that one does at night look completely different the next morning.

Train Under Water: I’ve never loved this track and I’ve skipped it more than I’ve listened to it. I enjoyed it far more on this listen than ever before. I feel it has both a country and gospel sound to it. I like the way the music and drums stop on this track adding drama. I love the lyric “If I could tame all my desires. Wait out the weather that howls in my brain.” This lyric, as with so many others on this album, is relatable.

First Day of My Life: This song starts out sounding like a love song, but it becomes clear that Oberst is singing about a relationship that has ended. He is ready to come back and the song has a feeling of sentimentality and possible reconciliation. This song contains one of my favorite lines, which I often quote: “I’d rather be working for a paycheck than waiting to win the lottery.”

Another Travelin’ Song: This song has an upbeat sound that I interpret as a country feel. The song lyrics, based on travel, are given further meaning with music that mimics the sound of a train. Emmylou Harris harmonizes on this track adding a depth to the vocals.

Landlocked Blues: This song seems to be about both a breakup and war. Emmylou Harris’ voice adds a haunting quality to this track. With two guitars, the notes have a wide range of sound. There are so many great lines from this song, but the following are my favorite: “So I’m making a deal with the devils of fame, saying let me walk away please. You’ll be free child once you have died. From the shackles of language and measurable time.”

Poison Oak: This song has a slow and quiet start. Oberst’s voice gets shakier sounding as the track goes on. The content of this song is heavy and emotional. It seems as though the song is difficult for him to sing about. This track references the yellow bird again saying: “You’re the yellow bird that I’ve been waiting for.” With two references to a yellow bird on the album, I’m certain that it’s used as imagery for someone specific. I’ve always wondered who. The lyric, “the sound of loneliness makes me happier”, sums up the feel of the track.

Road to Joy: This song is, and has been my favorite on the album. It is set to the tune of Beethoven’s “Ode to Joy”. It starts with a driving beat, giving the track a sense of urgency. Oberst’s yelling and the musicians playing loudly may sound chaotic, but there is definite purpose in the noise. Some of the last lines of the album include the phrase: “I could have been a famous singer, if I had someone else’s voice. But failure’s always sounded better”. Despite the fact that the song is written to the tune of a famous classical piece, and that it’s lyrically genius, it seems that Oberst and the rest of the band are portraying humbleness with their artistry.

My favorite lyrics from the album come from Road to Joy, and I will leave you with them. “So I hope I don’t sound too ungrateful, what history gave modern man. A telephone to talk to strangers, a machine gun, and a camera lens. So when you’re asked to fight a war that’s over nothing. It’s best to join the side that’s going to win.”